Unspoken is a short film about pursuing and conserving Rio Grande Cutthroat Trout. The film was created primarily to inspire others to take action on behalf of the species. Unspoken was filmed and co-produced by Chris Johnson, owner of Living Waters Fly Fishing and Nathan Brown, Living Waters’ art and media specialist. Living Waters Fly Fishing is a Gold Level, Trout Unlimited endorsed business, and has partnered with Trout Unlimited in their effort to raise awareness and funding for the species. As a result of this partnership, Trout Unlimited has created a donation fund for those who desire to contribute directly to Rio Grande Cutthroat conservation. The money that is raised from Unspoken goes directly to on-the-ground projects on public water! Use the donate button on the right to contribute.

“The film started as merely an idea on a phone call, and then grew into something that reached beyond our scope of imagination! Nathan and I shot film and fished for a week – and oh my goodness, what a week!”

In the course of a single week of filming, we nearly got stranded in a canyon, almost dehydrated, hiked over 40 miles, drove over 2000 miles, and I blew out my knee on the third day of filming.  However, we saw country that few ever see, and I know that most of the water we fished sees less than a single angler each month!  It was truly special to catch and release fish in places where no footprints could be found!”

Thank you so much for watching the film, and for your support of Rio Grande Cutthroat!  Together we can make a difference for many generations to come!

Read The Cutthroat Chronicles for more

We are nuts for cutthroat!  Are you? – Then show it! 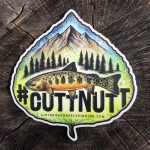 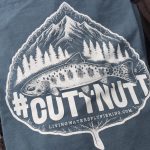 THANK YOU FOR YOUR SUPPORT OF RIO GRANDE CUTTHROAT! 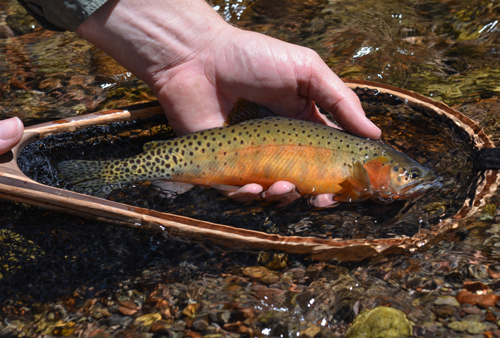 All proceeds raised from Unspoken go directly to conservation projects.  Jim Creek is the first of many! Read more…